Aubrey is currently Rehearsal Director and a principal dancer for Davis Contemporary Dance Company. In her ten seasons, she has danced in the premiere of more than 30 works choreographed by Terrell Davis, Rodni Williams, Rachael Ashley Harding, Christopher Page-Sanders, Miguel Perez, Lisa Engelken, and Lisa Wood. She has also taken on a leadership role within the company as costumer, choreographer, and helped create the youth company of Davis Dance Next Generation. Aubrey currently teaches and choreographs for Denver School of the Arts, Dance Kaleidoscope, Boulder Ballet (Pre-Professional Division), and guest teaches throughout the country.

Rachael Harding.  For the past 20-plus years, Rachael Harding has built her career around dance—as a professional dancer, teacher, and choreographer. She is currently the resident choreographer for  Davis Contemporary Dance Company; member of Denver’s Nu-World Contemporary Danse Theatre; co-owner/director of Boulder Jazz Dance Workshop; and owner/director of Miss Rachael’s Dance in Denver, where she is inspired to share her passion for the arts with young dancers every day. She has had the distinct honor of dancing in past Opera Colorado’s productions Nixon in China, The Pearl Fishers, Rusalka and Josephine, and choreographing for Rusalka, Aida, The Barber of Seville, Josephine and The Shining.

Rachael fell in love with dance as a young girl, and continued her dance education at the University of Arizona, where she received a BFA in Dance and a BS in Business Management. She began her professional career as a dancer in Denver’s Cleo Parker Robinson Dance Ensemble, where she also served as Assistant Rehearsal Director, and subsequently toured the United States as a solo dancer with winds quintet, Imani Winds, in “Josephine Baker: A Life of Le Jazz Hot”. After returning to Colorado, Rachael pursued her MFA in Dance from the University of Colorado at Boulder, and continued to dance professionally with a variety of professional dance companies, including Davis Contemporary Dance, Moraporvida Contemporary Dance, Interweave Dance Theatre, Kim Robards, New Breed Dance Company, JK-Co, and Nu-World Contemporary Danse Theatre.

Jarrett continues to distinguish himself in the dance world as a choreographer for Cirque Du Soleil’s charity production ‘Amanzi’ under the direction of Hassan El Hajjami. A student of the legendary Joel Hall of Joel Hall dancers, Jarrett danced with the youth, second, and main company by the age of 16. He is the youngest company member in the 55+ history of Giordano Jazz Dance Chicago and the creator of the Performing Associate position under Nan Giordano. Jarrett is a founding member of the WNBA’s Wild Card Crew for the Las Vegas “Aces”; a featured dancer in Sun Pictures’s Bollywood blockbuster “Sakar” starring Thalapathy Vijay (Netflix), and featured in ongoing campaigns for Denny’s and the Grand Canyon West.

Jarrett currently acts as Founder and Director of Jarrett Rashad Dance Theater and Teaching Artist with Denver School of the Arts. 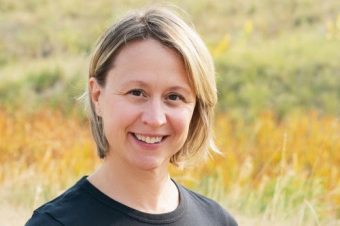 Jennifer Howard is a graduate of The Juilliard School, and had an extensive professional dance career, touring and performing as a member of Mikhail Baryshnikov’s White Oak Dance Project, Twyla Tharp Dance Company, Eliot Feld Ballet, Sarah Michelson, Lucinda Childs Dance Company, Liz Gerring Dance Company, and Lar Lubovitch Dance Company. After her performing career, Jennifer has dedicated herself to teaching, including as Director of Dance at St. Paul’s School, Director of Summer Programs at Colorado Conservatory of Dance, and as a visiting artist at Dartmouth College, NextGen Ballet, and Denver School of the Arts, and Teaching Artist for Jacques D’Amboise’s National Dance Institute in New York City and Celebrate the Beat in Denver. In August 2022, Jennifer took over as  Managing Director of Celebrate the Beat. Seamus began dancing at the age of seven. His early “career” consisted of performing with the Cherry Creek Dance Performing Company at Denver Nuggets and Harlem Globetrotters halftimes, alongside the Moscow Ballet yearly in performances of The Great Russian Nutcracker, as well as appearing in multiple performances by the local Denver company: 7 Dancers.

Seamus attended Denver School of the Arts in high-school, where he participated twice in the National High School Dance Festival, performed in and choreographed for countless concerts and galas, and worked with choreographers such as Scott Putman of Amaranth Dance, Kim Robards, Hannah Khan, David Reuille, Michael O’Bannion, Alicia Karczewski, and Terrell Davis, among others.

Seamus then continued his training at California Institute of the Arts in the BFA dance program in college. There he further developed his passion in both performing and choreographing, learned vital music and film editing skills, engaged in activism in the LA community, and found a love for stage production while crewing and managing numerous concerts for the dance department. At CalArts, he was trained by world class artists including Laurence Blake, Nina Flagg, Spencer Theberge, Cynthia Young, Brigette Dunn-Korpela, Glen Eddy, Samuel Wentz, Julie Bour, and Yusha-Marie Sorzano, among others, while working with artists and companies such as Wayne McGregor, Rennie Harris, Olivier Tarpaga, Yusha-Marie Sorzano, Laurence Blake, Gerard and Kelly, Dimitri Chamblas, LA Dance Project, and the LA Contemporary Dance Company.

After graduation, Seamus returned to Denver, where for the past year he has been dancing with the Davis Dance, performing in concerts: “Rising From The Dark” and “A Summer Night Of Dance”.

Seamus hopes to spread his passion for performing and choreographing, as well as share his groovy West Coast contemporary style with students and audiences everywhere.

Christina Caplan is thrilled to be teaching the dance elective classes for the amazing students of DSA! Christina has been teaching and choreographing for the dance and vocal departments for the past seven years. She recently taught Broadway Jazz for Denver University’s theatre department as well. She is currently choreographing Cabaret for Ovation West Performing Arts Theater and so grateful to have also choreographed A Chorus Line, The Spelling Bee and Sleeping Beauty at the Elaine Wolf Theatre.  She taught for Rocky Mountain Theatre for Kids for five years and choreographed The Wiz for them as well.  Prior to moving to Denver, she received her Bachelor of Fine Arts degree in Musical Theatre from Penn State University. She has also choreographed and performed for a decade with regional theaters all over the country, and with several national touring companies.   In addition to performing and choreographing, Christina also had the pleasure of running a performing arts school in Oahu, Hawaii. Some of her favorite performing roles include Val in A Chorus Line, The “Shimmy Girl” in the national tour of Smokey Joes Cafe, starring Gladys Knight, as well as performing as a Swing dancer and Andrew Sister in the international tour of In the Mood.